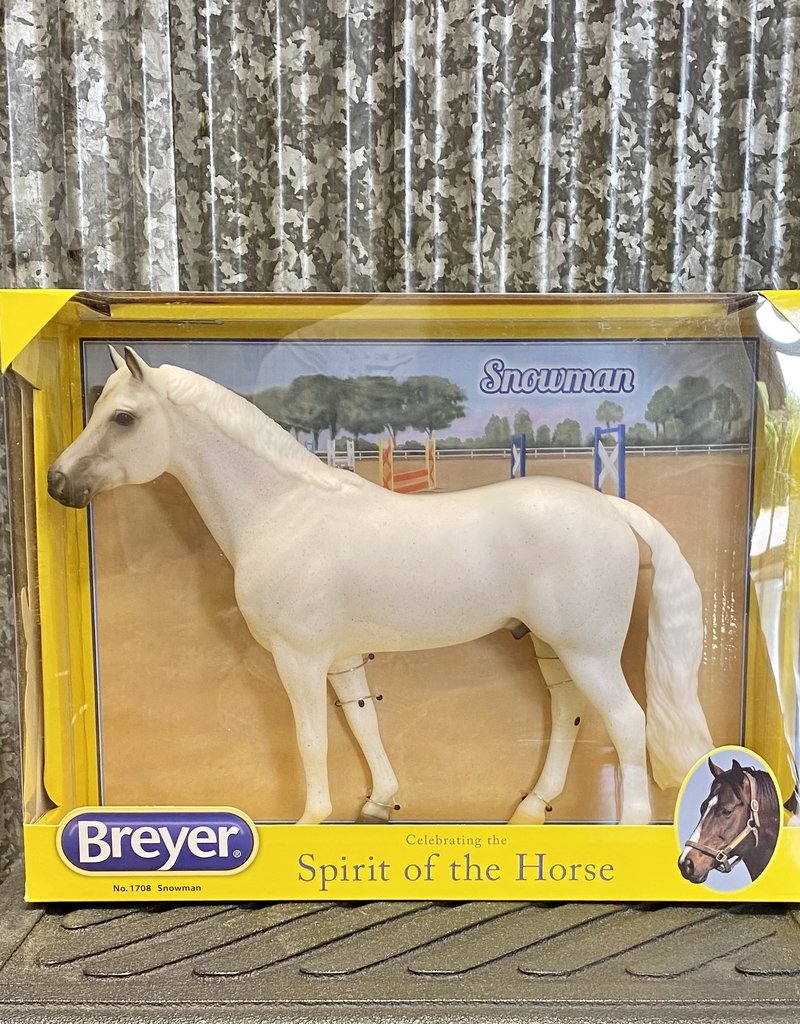 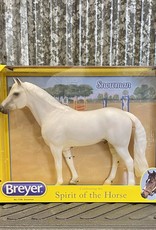 A big gray horse with an even bigger heart, Snowman rose from obscurity to become one of show jumping's most beloved heroes.

His rags-to-riches story began in 1956, when Harry de Leyer, a Long Island riding instructor, went shopping for potential school horses in Pennsylvania. Arriving too late for the auction, he spotted "rejects" being loaded onto a van bound for the slaughterhouse. Though bony, beat up and filthy, one plow horse showed enough spark to catch his eye. De Leyer made an offer, and for $80, the 7-year-old gelding was his.

Quiet enough to be a lesson horse, the new rescue was a hit with children, who dubbed him "Snowman." But when sold to a local doctor, he kept jumping fences and returning to de Leyer. Recognizing his talent, de Leyer began training him for the show ring.

Soon, Snowman was meeting and beating the country's best jumpers everywhere he went. He'd clear anything from a 7'2 obstacle to another horse - and do it with care. Yet this child-friendly, 16h giant could still win a leadline class on the same day as sweeping an open jumper championship.

Snowman was champion at the 1958 National Horse Show, winning the stake there the following year. In 1958 and 1959, he was named both the American Horse Shows Association Horse of the Year and the Professional Horsemen's Association Champion.

"The people's horse," he made appearances abroad, became a television celebrity, and was the subject of several books. Even in retirement, Snowman remained a popular attraction at de Leyer's farm, where he died in 1974. Eighteen years later, he was inducted into show jumping's Hall of Fame.

***Rider and tack not included