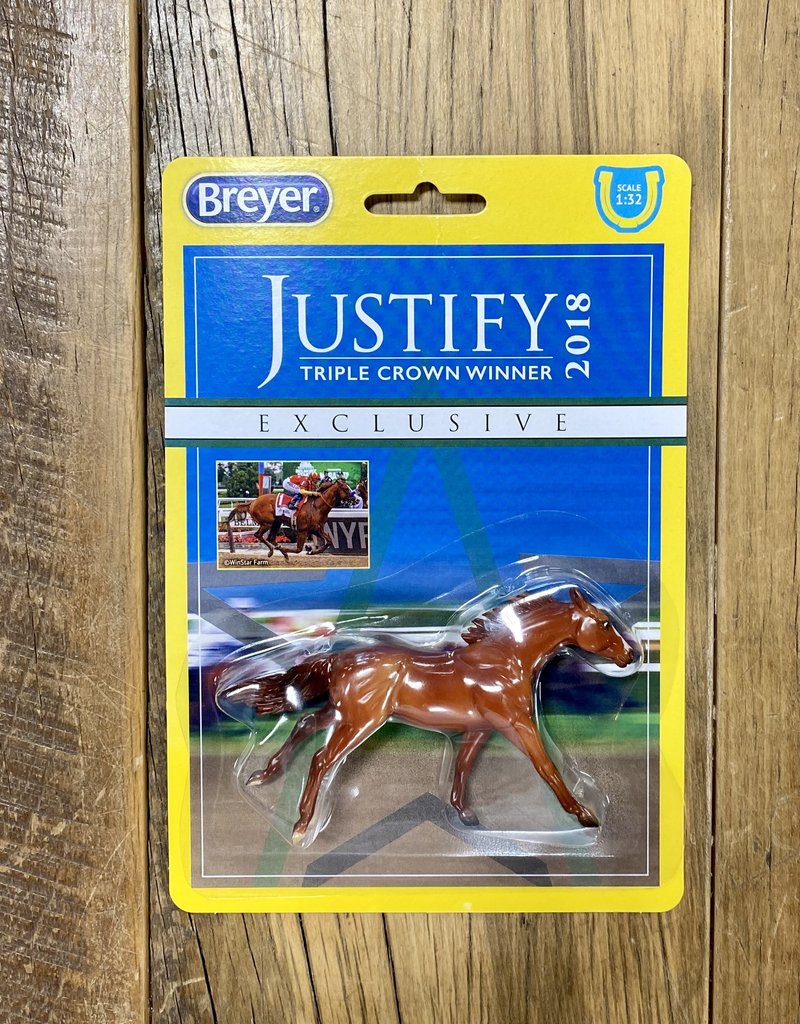 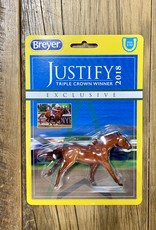 The number 13 is anything but unlucky for three-year-old chestnut Thoroughbred stallion Justify who, in June 2018, became only the thirteenth horse in racing history to win the American Triple Crown. He is only the second since Seattle Slew to win on an undefeated record, and now joins 2015 Triple Crown champion American Pharoah as one of Breyer®'s greatest commemorative racing collectibles of the century.

Justify decided to retire after the Triple Crown, leaving the gate open for other racehorses at the 2018 Breeders cup.